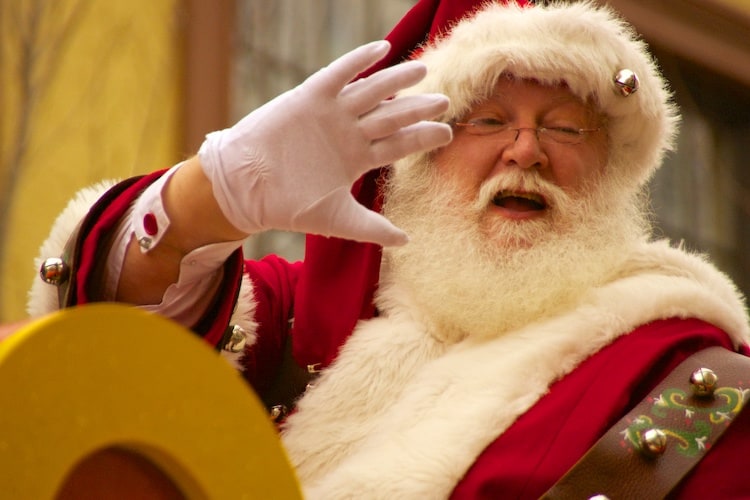 You know it’s going to happen one day.

Your child is going to ask you about Santa.

Of course, your two-year-old is probably not going to wander up to you and ask point-blank if Santa Claus is real. But as they get older, they’ll start to ask a lot of questions about the chimney width, flying sleigh aerodynamics, and the logistics of delivering all those presents in one night. Or they might come home from school or a friend’s place and say that another child has told him that Santa isn’t real.

Eventually their curiosity will lead them to ask you the big question: ‘Is Santa real?’

Some parents worry about the day their child asks them this tricky question, concerned that a truthful answer will destroy their child’s sense of wonder and fantasy, or alternatively, it will shatter their trust in their parents.

Other parents like to keep the magic going for as long as possible and deflect the answer; still others believe that telling untruths to children is never OK (but then how did the child learn about Santa in the first place?).

Fantasy is a normal and healthy part of child development.

Children spend a large amount of time pretending, especially between the ages of five and eight. They’re also constantly exposed to media in which animals can talk and people can ﬂy. Why should a group of flying reindeer be any more fantastical (or a lie) than a flying super hero?

Magical thinking decreases between the ages of seven and nine, around the same age at which most children give up the Santa Claus myth.

If anything, the fact that a child asks means that they’re developing a healthy perspective on reality (and probably already know!). What they’re indicating is that they’re ready for the answer and you can say: ‘Congratulations! You figured it out.’

What if They (or You!) Are Not Quite Ready?

If you’re concerned your child is not at the right stage, handle the ‘Is Santa real?’ question with: ‘Why do you ask that?’ or ‘What do you think?’. Then judge the next step based on their response.”

If they seem to be undecided, perhaps deﬂect further questions by saying: ‘Maybe we should still write a letter telling him what you want, shouldn’t we?’.

Then you can move them gently from believing to not believing over time (especially if it’s near the festive season).

All children eventually find out the truth. Research on the topic suggests that they tend to figure it out on their own around the age of seven – in most cases, there is no big ‘reveal’ – and their reactions are generally positive.

They are usually relieved to know, or excited to be on the inside of this worldwide secret (which explains why older children are generally pretty good at keeping the secret from their younger siblings).

If you feel that you need a  quality daycare in Mt Wellington to support your child’s great start in life, feel free to email hello@lightbulblearning.co.nz or you may call 573 5049. Check our  Lightbulb Learning Childcare Facebook Page